Notification regarding Prevention of Ragging.

The recommendation of the committee constituted by the Hon’ble Supreme Court has been adopted by the University Grant Commission in the Expert Committee meeting held on 15th February, 2009 and has been duly notified in the form of UGC Regulations on Curbing the menace of Ragging in Higher Educational Institutions, 2009 vide their notification No.F.1-16/2007(CPP-II) dated 17th June, 2009. 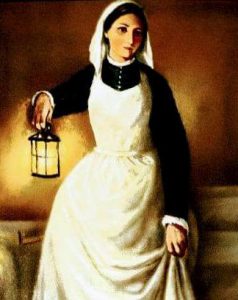 Miss Florence Nightingale (12 May,1820 to 13 Aug,1910) came from a Royal family but dedicated herself to Nursing, at a time when the social status of Nurses and  image  were low. She gave a  progressive out look to Nursing and was instrumental in giving Nursing the professional status through her devotion, dedication and discipline.   In honour of the 200th Birth Anniversary of Florence Nightingale, the World Health Organization has named the Year 2020 as the Year of Nurses & Midwife.

I solemnly pledge myself before God and in the presence of this assembly. To pass my life in purity and to practice my profession faithfully. I will abstain from whatever is deleterious and mischievous and will not take, or knowingly administer any harmful drug. I will do all in my power to maintain and elevate the standard of my profession, and will hold in confidence , all personal matters committed to my keeping, and all family affairs coming to my knowledge , in the practice of calling. With loyalty I will endeavour to aid the physician in his work and to devote myself to the welfare of those committed to my care.

UGX-Apex body of the Government of India.